In the field of catalysis, in order to maximize the effective contact area, the catalyst is mostly presented in the form of nanoparticles. However, the metal oxide particles are easily agglomerated, and it is difficult to separate. And therefore, the effective contact area of the catalytic particles is greatly reduced and suppressed. Catalytic reaction proceeds rapidly and the catalytic efficiency is not significantly improved. 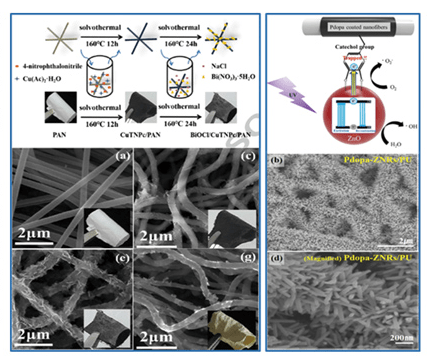 Nonwoven nanofiber membranes have attracted attention in more and more fields because of their unique structural characteristics such as extremely high specific surface area and good mechanical properties. Among various techniques for preparing nanofibers, electrospinning is a simple and highly efficient process. Nowadays, electrospinning nanofibers are widely used on nano particulate carriers. The purpose is to increase the effective contact area of the microparticles and allow the reaction to proceed rapidly. For example, PVP nanofibers prepared by electrospinning can be directly used in photocatalysis after high temperature treatment. Magnesium modified Mg-ZnO particles deposited on PVA electrospinning fibers can obtain good photocatalytic properties. PVA nanofibers are also used as carriers to deposit CNT-modified Mg-ZnO particles, and its catalytic efficiency is significantly improved. In addition, the use of PAN nanofibers as carriers for the deposition of various catalysts such as TiO2 and other nanoparticles, have a higher catalytic effect. It can be seen that the nanofiber structure solves the problem of agglomeration of metal particles, and the particles are evenly distributed on the fibers, so that the effective contact area is significantly increased, and the catalytic efficiency is significantly improved.

In addition to the field of photocatalysis, electrospinning nanofibers also have unique applications in biocatalysis (enzymatic catalysis), electrochemical catalysis, etc. Nanofibers form a bridge for the collaborative design of catalytic and reaction engineering. Its development and application are opening the way to a low-energy, high-efficiency catalytic reaction process. It will surely involve catalytic processes and production involving energy, chemicals, and environmental protection. The model has a positive and far-reaching impact. 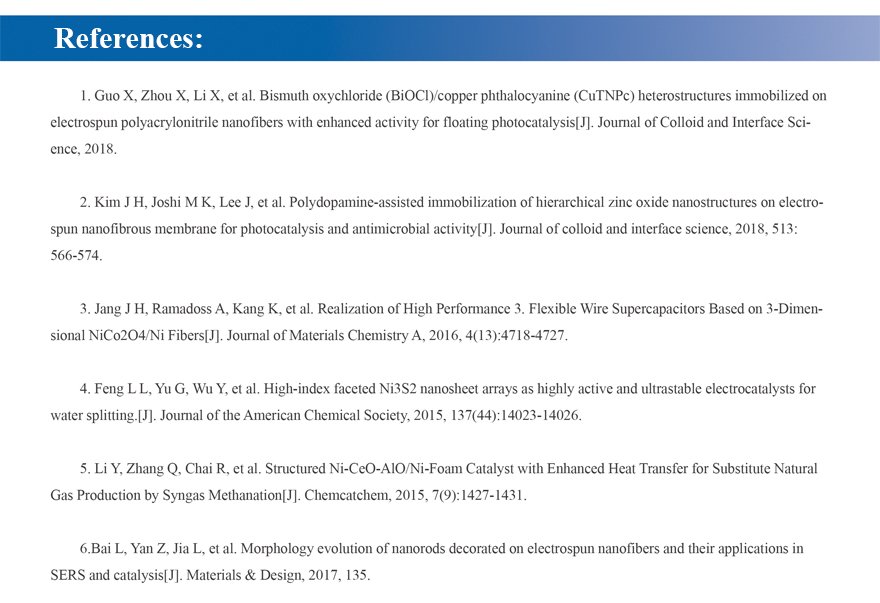