2). Connect each other through its own structure, and the pore structure provides a pathway for lithium ions in the liquid electrolyte.

The nanofiber membranes prepared by electrospinning technology have excellent porosity, liquid absorption rate, and affinity for electrolytes, and their electrochemical performance, battery cycling, and rate performance.

1). As a separator material, the anode fuel and the cathode oxidant are separated to avoid direct contact between the two;

2). As a selective permeability, the membrane is a channel for protons to pass from the anode to the cathode, efficiently conducting protons.

Compared to flat membranes, electrospinning nanofiber membranes have a large specific surface area, which increases the surface charge density of the polymer. At the same time, the fiber provides a natural channel for proton conduction, and has higher proton conductivity and durability. 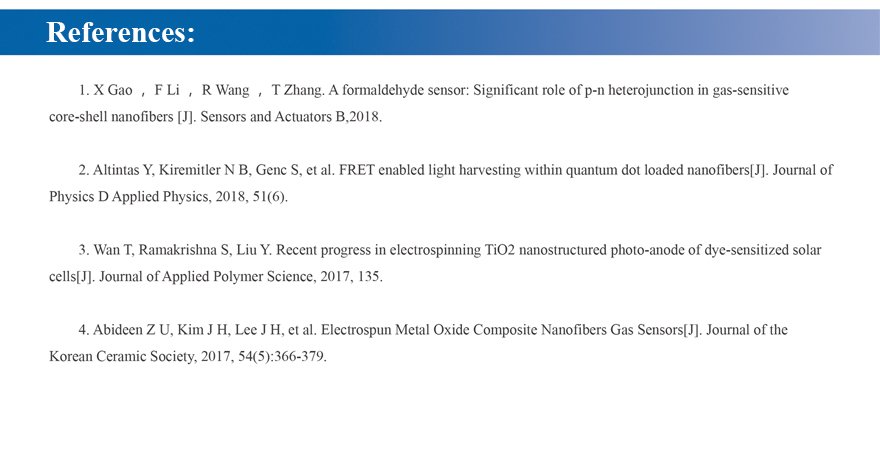