How To Do MECHANOelectrospinning DIRECT WRITING 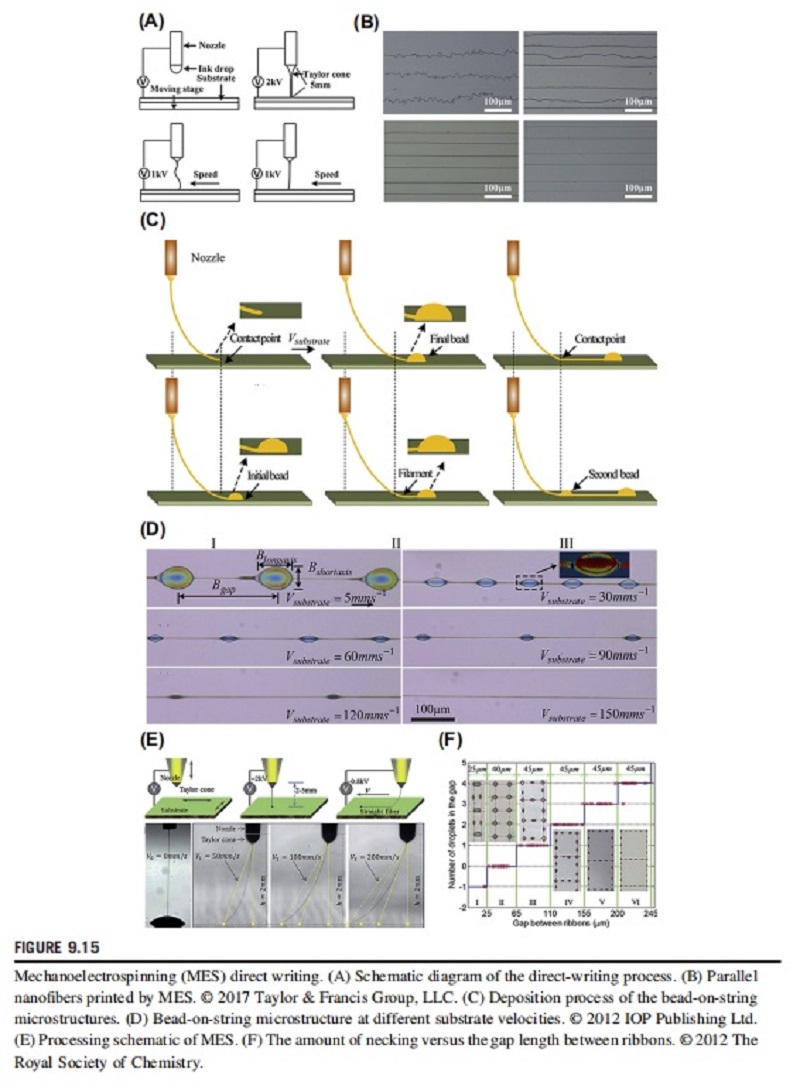 How To Do MECHANOelectrospinning DIRECT WRITING

The short distance between the spinneret and the collector easily leads to electrical breakdown, and nanofiber patterns are difficult to deposit over a large area. To overcome these problems, Bu et al. presented a novel method named mechanoelectrospinning (MES) that uses the help of mechanical drawing force to direct write oriented nanofibers with high deposition accuracy in a continuously tunable manner, as illustrated in Fig. 9.15A and E. The solution is triggered at the onset voltage of 2 kV to obtain a visible jet, and then the voltage can be lowered to 1 kV to maintain its ejection. Patterned nanofibers with diameters of 200-400 nm were deposited on a substrate with a high moving speed, as shown in Fig. 9.15B. Based on MES, Bu et al. fabricated bead-on-string microstructures by the force exerted on the jet, which was assumed as the friction force at the contact point in the horizontal direction. As the substrate velocity increased gradually from 30 to 120 mm/s, the beads became smaller and the gap between two adjacent beads became larger. When the velocity reached up to 150 mm/s, the beads disappeared and a continuous fibrous line was directly deposited on the substrate, as illustrated in Fig. 9.15C and D. Huang et al. printed fine ribbon lattices as given in Fig. 9.15F to determine the boundary conditions of ribbons with finite length effects. The samples were transferred to a moisture-rich environment to absorb water vapor. In this way, self-organized droplets can be generated in an addressable position controllably.