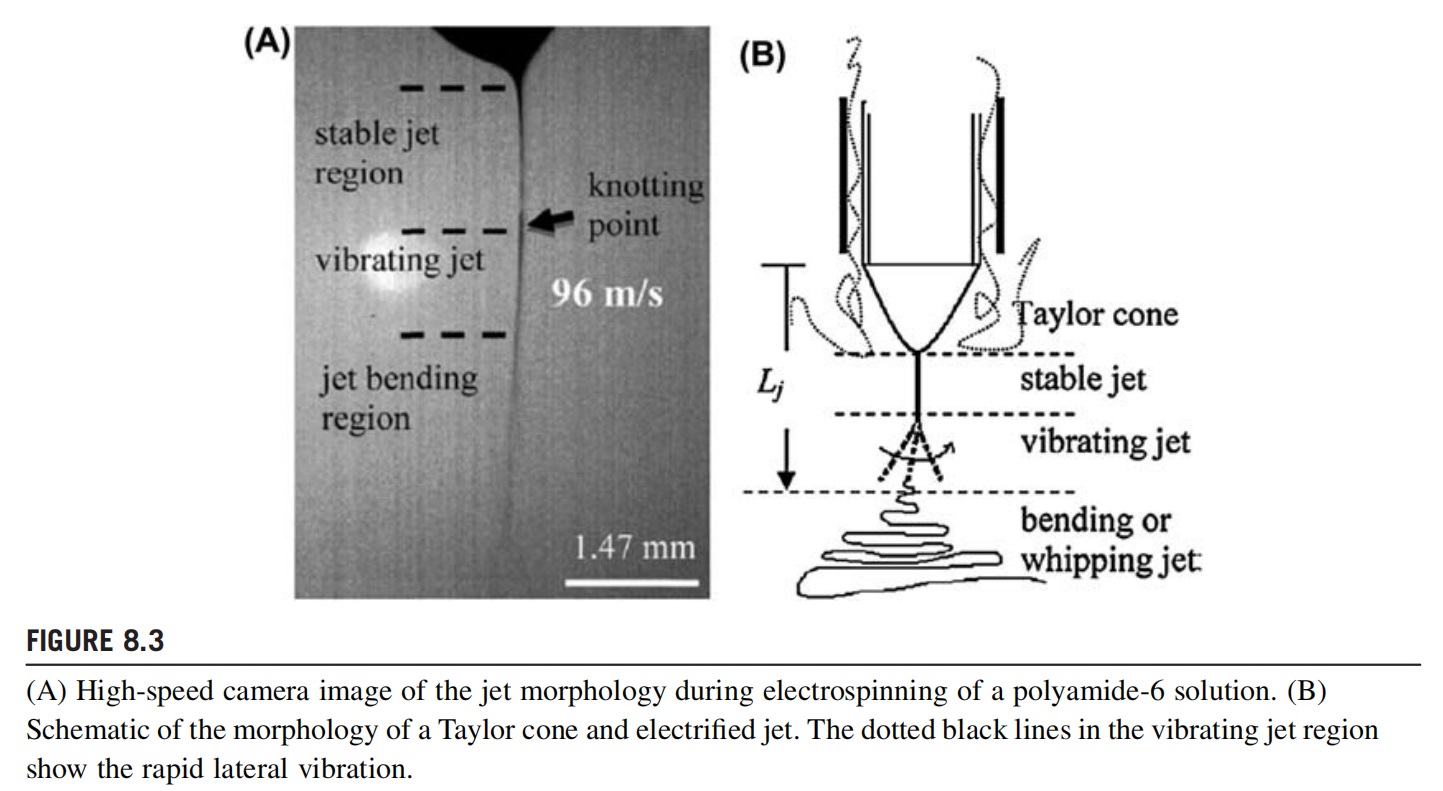 Based on a study on the fabrication of nylon-6 nanofiber/nets from polyelectrolyte solution, Tsou and coworkers proposed a plausible formation mechanism of intertwining of branching jets. According to their viewpoint, in addition to the main whipping jet, many tiny subsidiary jets form simultaneously and undergo the whipping process as well during electrospinning, as exhibited in Fig. 8.3. Owing to the vigorous whipping at high speed, the subsidiary jets would be intertwined in the chaotic whipping region when they overcame the obstacle of the mutual repulsive interaction. With the rapid solvent evaporation, the resultant networks consisting of subsidiary branching jets could be solidified between the scaffold nanofibers, resulting in the formation of 2D nanonets with interlinked nanowires. Although branching jets with microsized diameters in the straight jet segment have been observed by using a high-speed camera, the formation process of subsidiary jets cannot be observed, owing to their extremely small diameters and vigorous whipping. Therefore, this proposed mechanism based on the intertwining of branching jets is just a possible explanation, since it has not taken into account that the tiny subsidiary jets may be too weak to withstand the high drag force under the high-voltage electric field.