The First in the Country! Our Electrospinning Equipment Has Obtained High-tech Product Certification!

Since the beginning of the 21st century, the rise of nanomaterials has been widely used in many fields. As the most popular technology for preparing nanofiber materials, electrospinning technology is widely used in environmental protection, catalysis, biomedicine, new energy, electronic information, electromagnetic shielding, heat insulation and other fields. Under the efforts of our company's engineers, we continuously optimized the electrospinning equipment, especially the environmental control parameters, and reached the domestic advanced level, and obtained the first high-tech product certification of the country's electrospinning equipment. 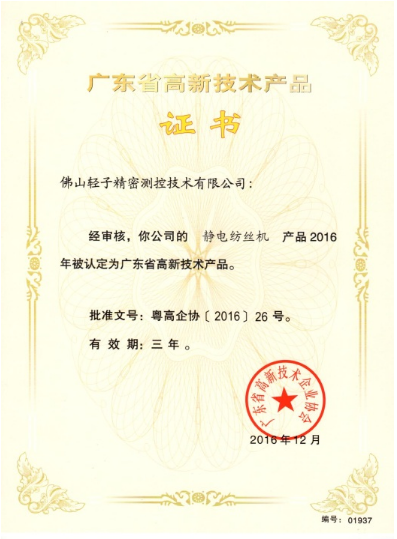