Home  > INNOVATION CENTER  > Thematic Salon  >  What Are The Advantages of Nanofibers Made By Electrospinning Equipment?

What Are The Advantages of Nanofibers Made By Electrospinning Equipment? 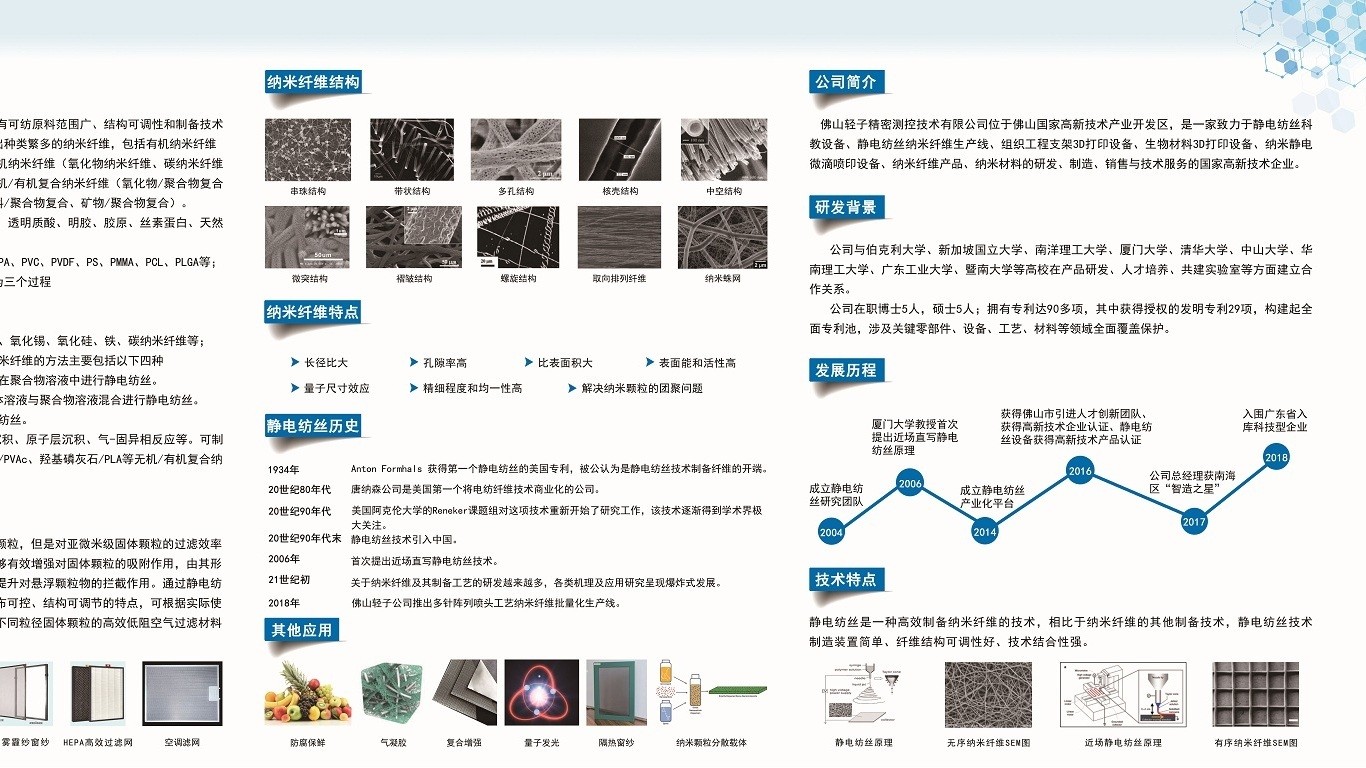 (6) High Degree Of Fineness And Homogeneity

(7) Solve The Agglomeration Problem Of Nanoparticles

(1) In 1934, Anton Formhals obtained the first American patent for electrospinning, which is recognized as the beginning of the preparation of fiber by electrospinning technology.

(2) In the 1980s, Donaldson was the first company in the United States to commercialize electrospinning fiber technology.

(3) In the 1990s, the Reneker team at the University of Akron in the US restarted work on the technology, which gradually gained a lot of attention in academia.

(4) In the late 1990s, electrospinning technology was introduced to China.

(6) In the early 21st century, more and more research and development have been done on nanofibers and their preparation process, and various mechanisms and applications have been developed explosively.

Electrospinning is an efficient technology for preparing nanofibers. Compared with other preparation technologies of nanofibers, electrospinning technology has the advantages of simple manufacturing device, good tunable fiber structure and strong technical combination.

(1) In 2004, the research team of electrospinning was established.

(3) In 2014, the platform for the industrialization of electrospinning was established.

(5) In 2017, the general manager of our company was awarded "smart star" in Nanhai District.

(6) In 2018, it has been listed as a high-tech enterprise in Guangdong Province