Home  > INNOVATION CENTER  > Thematic Salon  >  What Are The Applications of Electrospun Dextran Nanofibers In The Food Industry?

What Are The Applications of Electrospun Dextran Nanofibers In The Food Industry? 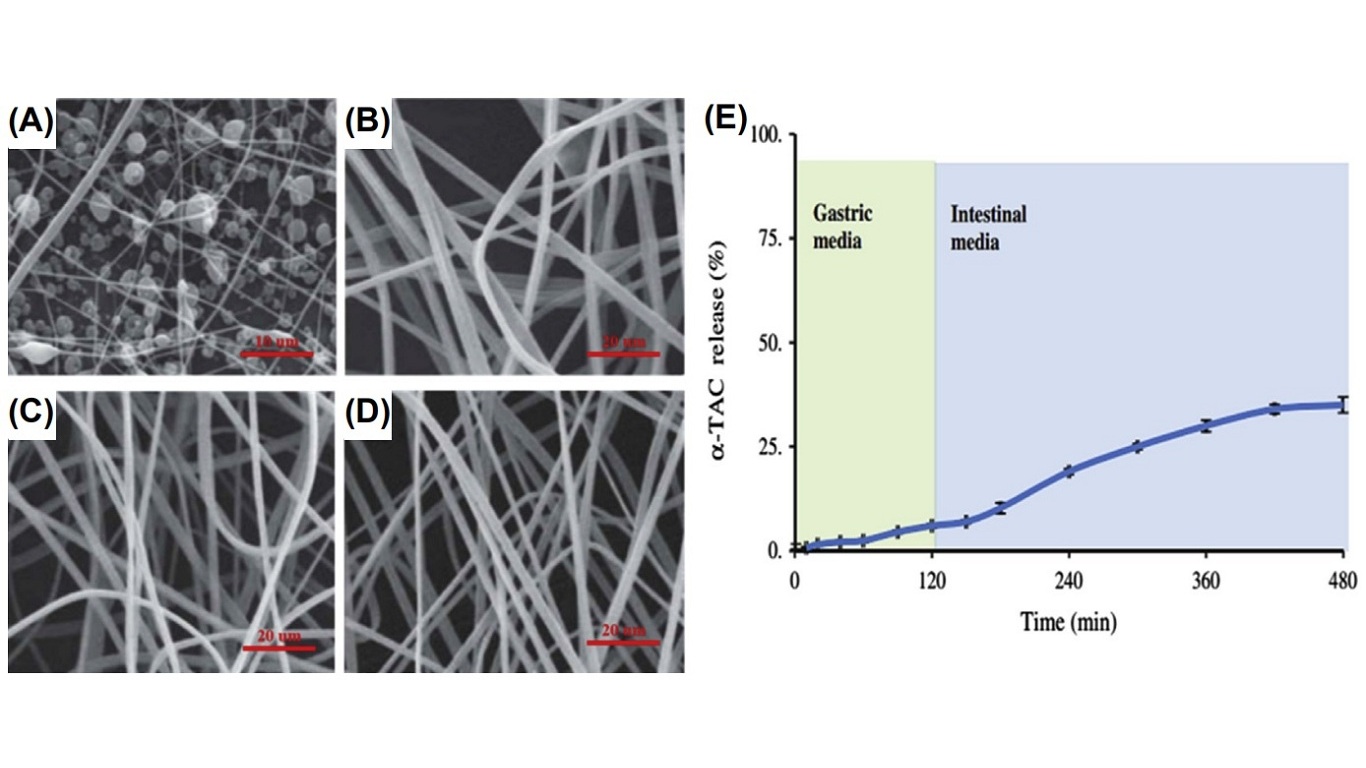 Dextran is a natural branched bacterial polysaccharide produced by Leuconostoc mesenteroides that consists of a-1,6-D-glucopyranose with a-1,2, a-1,3, or a-1,4 linked side chains. It is soluble in water and organic solvents. It is biodegradable and biocompatible. Dextran dissolves in water to form a high-viscosity solution, and it has been widely used as a thickener, a suspending agent, a gelling agent, and a stabilizer in the food industry. But there are only a few publications on the application of dextran nanofibers in the food sector.

Jiang et al. have reported on the impact of solvent and polymer concentrations on the electrospinnability of dextran (molecular weight range 64-76 kDa). Among the concentrations of dextran from 500 to 1000 mg/mL, the uniform fibers electrospun from 750 mg/mL dextran have the smallest diameters of 100 nm, and the diameters are dramatically increased to 3 mm when the electrospun solution is 1 g/mL. The addition of 5 wt% bovine serum albumin (BSA) to 750 mg/mL dextran decreases the nanofiber size to 500 nm because the increased net charges exert higher forces on the jets, which ultimately produces smaller fibers. It is worthy to note that the biological activity of BSA is maintained after electrospinning with dextran. So this study demonstrates the application of nanofibers as a potential carrier for protein-based functional ingredients.

Dextran nanofibers have been utilized to encapsulate vitamin E (Figure) and fortify cheese. Compared with the blank and directly fortified samples, the acceptability and the texture of cheese containing nanofibers perform better, which is attributed to the water-holding properties. The results reveal that electrospun dextran ultrathin fibers could be used to entrap hydrophobic compounds, so dextran fibers have high potential in the design of novel functional food.